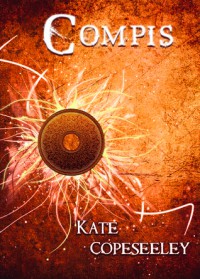 
I was not impressed with this story in the least. As I came to write my review I scrolled down to see the ratings again, and I feel like I read a different story than they did. I liken reading this to trudging uphill in 5 feet of snow with no shoes, and even caught myself forgetting what I had read previously. I was watching the words instead of seeing the story, and it took me 3 friggen days to finish this! Good grief.

The story involves several characters, but only 3 are highlighted in this first installment. I didn't like the way they switched back and forth so often, and sometimes having the same event told 3 different ways to include rewinding so as to include that characters' take on something, annoyed me. I don't mind having several POV if it is done right, but I just don't feel as though this was.

I thought that everything was very superficial. There was no tension in the story (even though I'm sure some would say that Zyan/Nikka, and Luka/May provided it, but it was sadly shallow to my eyes). In a single page, and sometimes even a paragraph, a character could have a radical change of heart without delving into the matter at all. It's like this: "Oh Jane the sky has always been red but you just didn't look at it the right way silly!" exclaimed John. Perhaps Jane was right, and I just needed to stop thinking about how much I thought the sky was blue all this time. Yes, that is what I will do from now on, thought Jane. Luka struggles the whole time with finding his place in his new tribe, only to have his heart/mind suddenly change when he decided to call to his Lumenta. Here is a scene in the book where Luka is whining, again, about not having a Lumenta and shouldn't be there. Then it changes to him almost crying when one of the mentors asks him to call to his. Suddenly he admits that he doesn't want to be "different" anymore, and wanted to belong. The problem is that I don't understand how he has always felt this way (since it was implied that this feeling goes beyond his struggle with his new tribe).

I didn't get a feel for the characters at all. Not really. I know that Zyan wants to save his tribe and has some bitterness. I know that Nikka isn't really all that wise, but seems to have common sense, and everyone makes remarks about how amazing she is. I liked her better than the other characters, but I didn't see her as being this Wise and Amazing person, aside from her new status. May was an incredibly annoying character that I was VERY relieved to see not last beyond the Initiation. Wow. Luka isn't much better. That kid needs to stop whining for just one paragraph....just one is all I wanted.

Another thing was how Nikka and Zyan had their little "summer romance" as it were, and then she has her robes change and then we hear Zyan say he saw "distance in her eyes" when he looked at her, but a second later Nikka remarks that he ran away before she could look at him with "hope". The little things like that really got on my nerves, and since I was already so annoyed with the entire book it didn't endear me to move past it. Sometimes I can read a book that has bits that I find annoying, but I love the rest of it enough to now dwell. This was not that book for me.

As much as I was beyond ready to finish this story up, and I had thought hard about just abandoning it, I was really surprised when the ending actually came. I had read the whole thing with a Ben Stein like voice (not really in his voice, lol, but in the way he speaks...I hope this makes sense), that I didn't even know there had been a climax to the story. If I had a paperback in my hand I would have turned it over to see if there was more hidden on the back somewhere.

Sigh. So all in all, I didn't care for this whatsoever, and I'm not sure who I would recommend it for. Maybe a younger tween would enjoy it since there is some magic involved (though that makes me remember how that was annoying as well. There was little about it in the beginning and then all of sudden people looked different and then there was more emphasis on it....but I digress).


This was determinately a book in which I found the synopsis to be much more intriguing than the actual telling of the story. Sorry for the rambling review. :)
Tweet
606 BOOKS